Rising Ukrainian tennis ace Dayana Yastremska organized a photoshoot in which half of her body was colored brown – then was forced to swiftly delete the snaps after outraged fans accused her of inadvertently perpetuating racism.

The 20-year-old held her hands to her lips and stared into the camera in a bizarre series of four photos in which half of her body and face had been painted brown.

Despite writing “equality” next to two brown and white hearts, the world number 25 swiftly fell foul of fans over her decision to repeat a form of make-up that has historically been used to caricature non-white people.

“Girl, I know you didn’t just do blackface,” said a fan of world number one Naomi Osaka, while another wrote: “Hmm…is that blackface?”

“Ladies and Gentleman, Miss Yastremska’s Agent has been called to Twitter.” pic.twitter.com/K0PWvSZrje

When the posts were promptly removed after fans had voiced their surprise, a tennis analyst teased: “Ladies and gentlemen, Miss Yastremska’s agent has been called to Twitter.”

Yastremska had spoken of the need to be an “ambassador” and “role model” in a lengthy defense of embattled world number one Novak Djokovic’s controversial Adria Tour last month.

“When you are famous, when you compete at the top level, the eyes of thousands are inevitably chained to you,” said the former junior finalist at Wimbledon, offering impassioned support to Djokovic.

The promising prospect has won two WTA titles in her first two seasons as a senior professional, reaching the fourth round at Wimbledon 2019 and the third round of the Australian Open the previous January, where she was knocked out by former world number one Serena Williams.

She followed her deleted post by sharing a TikTok video of herself dancing in a skimpy outfit in front of a car with her following of more than 73,000 on Instagram. 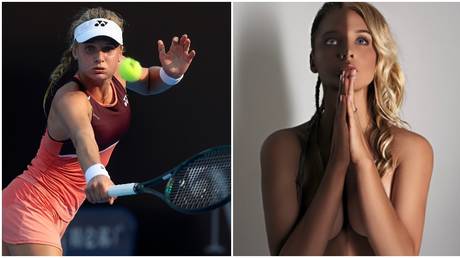