A story said to have been told by Manchester United manager Ole Gunnar Solskjaer about Ryan Giggs and Cristiano Ronaldo could explain why the megaster is so keen on water – while Giggs has had a public event in Manchester shelved.

In the aftermath of Ronaldo’s high-profile decision to remove bottles of Coca-Cola from his table at a press conference, some reports have harked back to a story which claimed that the Portugal captain was savaged for drinking the beverage during his time at United.

Former Premier League player Jan Aage Fjortoft said that Solskjaer had told him how Giggs – who was something of a mentor to Ronaldo at the time as one of the club’s most experienced and revered players – “threw Ronaldo against a wall” for partaking of Coca-Cola instead of water, according to AS.

The account quoted Fjortoft as saying: “Ronaldo came once to a breakfast with a Coke in his hands. Giggs pushed him on the wall and said: ‘Don’t ever do that again.'”

If Fjortoft’s tale is accurate, Ronaldo may have heeded that warning well. The all-time great held up a bottle of water during his press conference set-piece, and has previously voiced his concerns about his son eating junk food and drinking fizzy drinks.

Giggs, meanwhile, is said to have had an event in the city where he is lionized called off.

One of the UK’s most popular theaters, The Lowry, has sent out a brief email to ticket holders informing them of its decision to cancel the forthcoming ‘An Evening with Ryan Giggs’ show, The Athletic has reported.

It is the second disappointment in recent months for Giggs, who is one of the most decorated British players of all time as a one-club man and United icon.

A 13-time Premier League champion, Giggs seemed a certain first-time entrant to the recently-opened Premier League Hall of Fame, but was overlooked while Alan Shearer and Thierry Henry were honored.

Later, the league created a 23-man shortlist for football fans to swear in another six legends, but Giggs’ name was omitted completely, which reportedly left him “shocked” and “bitterly disappointed”.

Giggs will face a court in January 2022 over allegations of headbutting his ex-girlfriend.

It is also alleged that he subjected her to “coercive and controlling” behaviour over a near three-year period from December 2017 to November 2020, as well as assaulting her younger sister.

Giggs denied all of the offences when he appeared at Manchester Crown Court on May 28, and the Wales boss has stepped aside from being involved with his national side’s current campaign at Euro 2020.

✍️| The Lowry theatre has taken the decision to cancel their event “An Evening with Ryan Giggs”. #MUFC pic.twitter.com/cehXpLap4u

He is likely to have watched Wales draw 1-1 in their tournament opener with Switzerland and seen them win their second match, against Turkey on Wednesday.

“I have full respect for the due process of law and understand the seriousness of the allegations,” he commented on his case in April.

“I will plead not guilty in court and look forward to clearing my name.

“I would like to wish [caretaker manager] Robert Page, the coaching staff, the players and the supporters every success at the Euros this summer.” 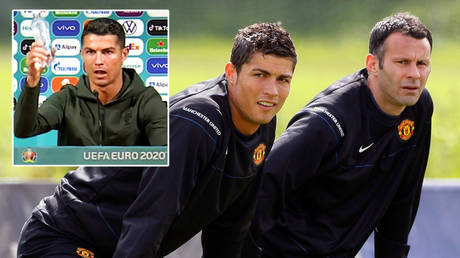