Russian giant Alexander Volkov will face Dutch veteran Alistair Overeem in the main event for the UFC’s show on Super Bowl weekend in February, Dana White has announced, as both men aim to boost claims for a potential title shot.

The 6ft 7in Volkov and the 40-year-old Overeem will face off on Saturday February 6, one day before the Super Bowl is held in Florida, ESPN reported.

The pair were slated to meet in St Petersburg, Russia, back in 2019 but Volkov was forced out through injury.

Overeem blasted through his replacement, Russian veteran Alexey Oleynik, inside the first round of their contest.

The Dutchman then suffered a fifth-round defeat to Jairzinho Rozenstruik, but has since reeled off successive victories against Walt Harris and Augusto Sakai to suggest that a late-career run at a title shot is not implausible.

Volkov, 32, began his UFC career with four wins on the spin to push himself into the title frame, before being brutally knocked out in the closing seconds of his contest with Derrick Lewis at UFC 229 in 2018.

Lewis went on to unsuccessfully challenge then-heavyweight king Daniel Cormier, while ‘Drago’ has gone two from three in his subsequent octagon visits, last defeating Walt Harris with the help of a vicious body kick at UFC 254 in October.

Overeem is ranked number six on the heavyweight ladder, with Volkov one rung below him.

In a professional MMA career spanning 20 years, former Strikeforce, Dream and K-1 champion Overeem has challenged for UFC gold before, but ‘The Demolition Man’ was stopped by Stipe Miocic in the first round of their fight in Cleveland back in 2016. 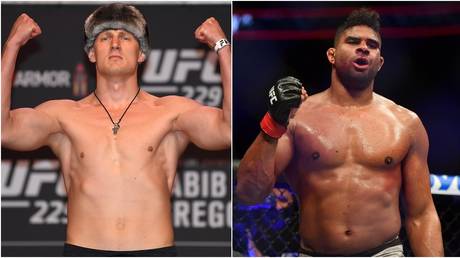