Figure skating star Evgenia Medvedeva has returned to the ice and resumed training in Moscow following a lengthy break due to the Covid-19 pandemic.

The 20-year-old sat out a two-week quarantine after arriving in Moscow from Japan, where she had to spend almost three months due to the country’s coronavirus lockdown.

Medvedeva was supposed to take part in the Japanese ice show ‘Prism on Ice,’ in which she was set to play the lead role of Sailor Moon. As with the majority of sporting events around the world, the show was canceled due to the Covid-19 crisis.

“Zhenya has started training at CSKA base” said Elena Buyanova, who will coach the two-time world champion during her stay in the Russian capital.

The skater is intensively preparing for the new season, which is currently in doubt due to coronavirus fears. Though there has been no official confirmation, the season-opening Grand Prix events are rumored to be canceled, with the national championship remaining the sole competition for professional skaters.

The International Skating Union (ISU) is expected to deliver its verdict regarding the schedule at the beginning of August. 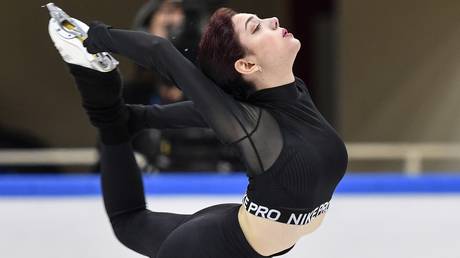