The Russian Anti-Doping Agency (RUSADA) board of founders have voted to dismiss the organization’s general director, Yuri Ganus, over alleged financial violations discovered during an audit.

The decision was made at RUSADA’s general meeting on Friday after the Supervisory Council recommended the board members to remove Ganus following a financial check.

“Having considered all possible options proposed by our colleagues, the general meeting of the board founders has adopted recommendations of the supervisory council to dismiss RUSADA’s general director Yuri Ganus.” said Russian Olympic Committee (ROC) president Stanislav Pozdnyakov.

“The decision was taken in accordance with the organization’s charter after discovering multiple financial and administrative irregularities,” he added.

The financial check was initiated last month by the ROC and the Russian Paralympic Committee (RPC) after the supervisory council voiced “reasonable doubts” about the “completeness and reliability” of an audit initially submitted by Ganus.

The general director, who will be replaced by Mikhail Bukhanov, denied any wrongdoing, insisting that these were attempts to undermine his credibility.

Ganus was the only Russian official who criticized former Russian sports chiefs, and acknowledged that data handed over to WADA had been manipulated. 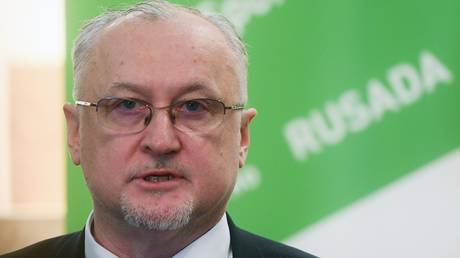 By showcasing their wokeness and p...

Call of Duty creators giving away...