Close
Trending News
HomeSportRonald-oh no! Burglar raids Cristiano Ronaldo’s SEVEN-STOREY home while he is on international duty with Portugal

Ronald-oh no! Burglar raids Cristiano Ronaldo’s SEVEN-STOREY home while he is on international duty with Portugal

Ronald-oh no! Burglar raids Cristiano Ronaldo’s SEVEN-STOREY home while he is on international duty with Portugal

Cristiano Ronaldo’s Madeira home was targeted by a thief who stole ‘numerous personal items’ after a garage door was reportedly left unlocked while the Juventus star was away for his national team’s clash with Spain on Wednesday.

Ronaldo, 35, was absent from the £7 million (€7.7 million / $9 million) mansion while teaming up with Portugal for their midweek friendly with Spain, with initial reports suggested that at least one thief snuck into the property through a garage door which had been opened by a member of Ronaldo’s staff, according to reports from Portuguese media.

The player’s partner, Georgina Rodriguez, was not present as she was attending Paris Fashion Week – but it remains unclear if Ronaldo’s mother Dolores or older brother Hugo, who both live with the footballer, were present at the time.

A relative of Ronaldo is understood to have raised the alarm on Wednesday, with local police launching a manhunt soon after. Initial reports suggest that police have identified a suspect after reviewing CCTV evidence.

It is also understood that the thief is known to the police but has not yet been arrested.

A signed Juventus shirt is understood to have been one of the items taken from the residence.

The property also hit the headlines earlier this year after Ronaldo, his partner Georgina and their children sequestered themselves inside the top two floors of the mansion during the early onset of the coronavirus pandemic.

Ronaldo purchased the house in 2015 and comes complete with TWO Olympic-sized swimming pools, a jacuzzi and a football pitch and had recently completed a four-year renovation.

Several footballers, including the likes of Jan Vertonghen, Gerard Pique and Alvaro Morata, are among those to have been targeted by thieves in recent times. 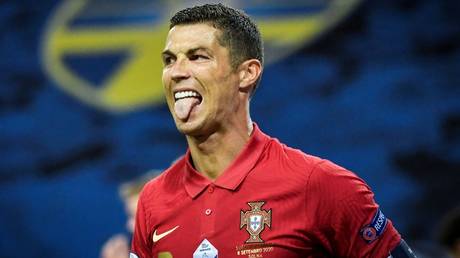 COVID KO: England vs. Scotland you...

Meteor shower tonight: What time i...