French Formula 1 star Pierre Gasly has revealed that his house has been ransacked and multiple items have been stolen while he was racing at the Spanish Grand Prix in Barcelona on Sunday.

Gasly finished ninth in the race for his team, AlphaTauri as he piloted his car to a solid points finish in the race at the Circuit de Catalunya.

But, after his race weekend had ended, Gasly learned of the news that his house had been broken into and ransacked.

The 24-year-old Frenchman took to Instagram Stories to inform his followers of the news, and asked anyone with any information to come forward and contact him via social media.

Gasly reported on Monday that his home had been ‘robbed and ransacked’ while he was racing in Spain, and explained that he had lost expensive engraved watches, clothes, jewelry and racing helmets in the burglary, which took place at his house in Normandy, France.

“Some people are really worthless, disrespectful and contemptible,” said the frustrated Frenchman, who currently sits in 13th place in the Formula 1 drivers’ standings. 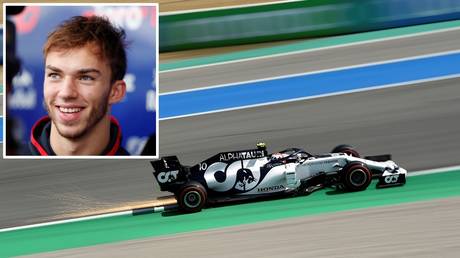