Rest in peace: Khabib’s father Abdulmanap Nurmagomedov laid to rest in his home village in Dagestan

Rest in peace: Khabib’s father Abdulmanap Nurmagomedov laid to rest in his home village in Dagestan

Abdulmanap Nurmagomedov, father and coach of UFC lightweight champion Khabib Nurmagomedov, was buried in a small ceremony in his home village of Kirovul in Dagestan, according to reports.

News agency TASS reported that the ceremony took place after information from the press service of the Kizilyurt regional administration.

“The funeral of Abdulmanap Magomedovich has just ended. Relatives, friends of the family of the deceased took part in them,” a spokesman confirmed.

Abdulmanap’s passing was reported on Friday, with the mixed martial arts world flocking to social media to send their well-wishes to his family and to pay tribute to his contribution to the sport, particularly in his homeland.

The funeral ceremony was attended by the head of the Chechen Republic, Ramzan Kadyrov, who first reported the news of Abdulmanap’s passing.

“They were met by the head of the Kizilyurt region Magomed Shabanov. After Ramzan Akhmatovich and his companions expressed their condolences to the family of the deceased, the delegation left Chechnya,” said an agency source.

Abdulmanap’s body was transported from the military hospital in Moscow to Makhachkala, then on to Kirovul, where close relatives and family friends attended a small ceremony.

The family had previously issued an appeal that people do not flock to the village to pay their respects and to instead offer their condolences via telephone in order to avoid the unnecessary risk of COVID-19 infection.

Abdulmanap’s legacy will live on in the multiple champions he has coached, including the most prominent of them all, his son Khabib. He also holds the record for coaching 18 combat sambo world champions. 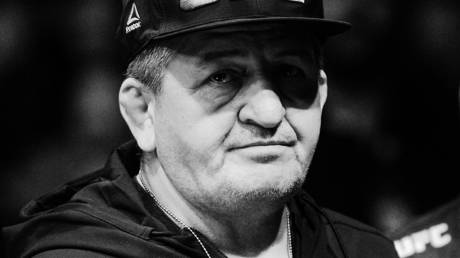