Lopez claimed a unanimous decision win over Lomachenko, polling scores of 116-112, 119-109, 117-111 to capture the undisputed lightweight championship of the world and begin what he hopes will be a new era at the top of boxing’s 135-pound division.

“I am ready to take over the world,” he declared after his victory.

“I had to dig deep, man. I’m thankful. I’m grateful, and each and every day, I take that in. I thank God first because I couldn’t do it without him. I’m a fighter. I gotta dig in deep.

“I knew he was coming. I didn’t know if they had him up on the scorecards or not, and I love to fight.

Lopez looked the stronger fighter through the first half of the fight after starting far faster, and sharper, than Lomachenko, who came back into the sort of form we’re used to seeing from him later in the fight.

But it proved to be too little, too late for the Ukrainian, who admitted after the fight that he thought he was winning the fight, despite Lopez’s fast start.

“I think I won the fight, but I am not going to argue it now,” he said.

“In the first half of the fight, he won more rounds. In the second half, I took it over. I don’t agree with the scorecards.”

“I want to go home and review the fight. I can’t commentate too much on it. At the moment, I think I fought and was winning the fight, but the results are the results. I’m not going to argue right now. I need to see.”

Lopez’s win made him the youngest fighter to become an undisputed four-belt champion as he improved his perfect professional record to 16-0.

“Brooklyn was definitely in the house tonight,” he tweeted.

“Lopez is the man to beat. Another Brooklyn champion.“

Brooklyn was definitely in the house tonight. Lopez is the man to beat. Another Brooklyn champion. #LomaLopez 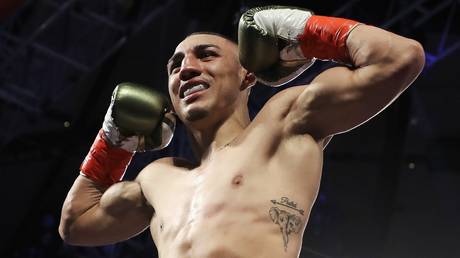