UFC champion Khabib Nurmagomedov is amping up his training as he puts the final touches on his preparations to face the man thought by many to be the toughest test of undefeated record to date, Justin Gaethje.

Less than three weeks remain until Khabib steps into the cage for the third defense of his 155lbs title and, judging by the footage filtering out of his camp at least, ‘The Eagle’ is leaving no stone unturned in his preparations to take on the dangerous Gaethje at UFC 254 on Fight Island in Abu Dhabi.

For Khabib, the fight will be the first time he has fought in more than a year and comes amid a tumultuous time in his personal and professional life, following the recent passing of his father and trainer, Abdulmanap.

But judging by the sparring clip he posted to his Instagram page, Khabib is focusing combining his boxing with his aggressive takedown game – two elements he will need to excel in if he is to get past the challenge of the iron-fisted NCAA Division I All-American wrestler Gaethje.

A win for Nurmagomedov later this month on ‘Fight Island’ would extended his career record to an unparalleled 29-0 and bring him one step closer to the 30 career wins which he has suggested that may lead to him opting for an early and undefeated retirement.

However, the Dagestani has long stated his desire for a fight with fellow UFC legend Georges St-Pierre and a win against Gaethje would ideally set up what could be a money-spinning showdown between two of the most dominant champions ever seen in mixed martial arts.

A rematch with Conor McGregor has been speculated on several occasions too but recent statements from Nurmagomedov and his representatives suggest that reigniting his rivalry with the Irishman isn’t on the Russian’s current list of objectives. 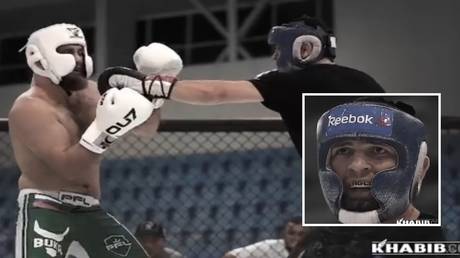