Relations between tennis’s “big three” have typically been cordial, but that conviviality may have been threatened by comments from Novak Djokovic’s father Srdjan, who took aim at Roger Federer in a bizarre rant against the Swiss.

Djokovic Sr. issued his seemingly unprovoked attack at Federer in an interview with Sportklub, where he claimed the 20-time Grand Slam singles winner was only persisting with his career into his 40s because he can’t accept Djokovic (17 Grand Slam titles) and Nadal (19) overtaking his achievements.

“Imagine that, a 40-year-old man still plays tennis when he can go home and do some more interesting things.

“But since both Nadal and Novak are breathing down his neck, he simply cannot accept the fact that they will be better than him.

“Go, man. Raise children, do something else, go ski, do something. Tennis is not my whole life, it is just my son’s current hobby.”

Djokovic Sr. also described Federer as “the typical cold Swiss,” saying he was “a great rival to my son as well as a champion, but he is not good enough to be compared to Novak.”

“Roger is the typical cold Swiss. A great rival to my son as well as a champion, but he is not good enough to be compared to Novak,” he said.

Srdjan’s comments contrast with those of his son Novak, who praised Federer and said the Swiss would likely return in top form after his latest injury layoff, which will keep him off the court until 2021.

“From Federer, everything can be expected because he is probably the greatest tennis player who has wielded a racket,” said Novak. 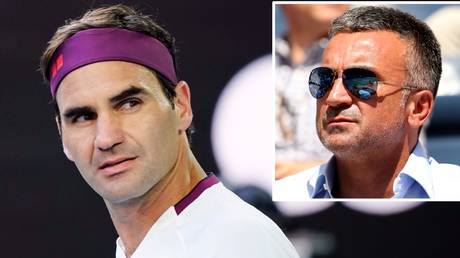 Your belly button is home to a ‘ju...