Rafael Nadal showed up in ominous form as he demolished America’s Mackenzie Donald in straight sets to cruise into the third round of the French Open at Roland Garros.

Nadal brushed Donald aside 6-1, 6-0, 6-3 on Wednesday as he moved one step closer to capturing a record-extended 13th French Open title.

The Spanish star, who is seeded No. 2 for this year’s tournament, can also equal Roger Federer’s record of 20 men’s singles Grand Slam titles, and looked in fine fettle on the famous red clay of Roland Garros as he breezed past Donald and into the third round, where he will face either Kei Nishikori or Stefano Travaglia.

“My objective is to play as well as I can. It was a good match for me today. I’m very happy,” Nadal said.

“Then it’s another difficult match. We’ll see, I hope I’ll be at a good level. It’s always special for me to play here in Paris, on court Philippe Chatrier.

“Today was not that cold, so that’s the main thing. Not that cold, the conditions are not that bad,” said the Spaniard, who had complained about the new balls used in Paris being too heavy.

“The ball is still heavy. When is not that cold, the ball is little bit less heavy always. I see the predictions the next couple of days are not very good.”

If all goes well, Nadal could end up facing Dominic Thiem in the semifinals. The pair met in each of the last two French Open finals, with Nadal winning both of them.

However, Thiem captured his first Grand Slam title earlier this summer when he won the US Open title at Flushing Meadows.

Nadal, meanwhile, will be confident of success on the clay at Roland Garros, with the Spanish ace boasting an incredible 95-2 win-loss record at the tournament. 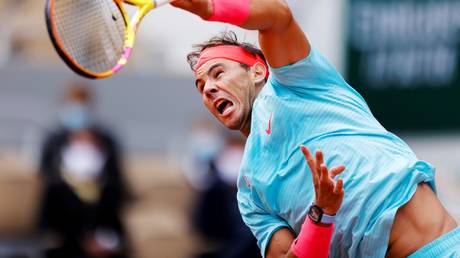 'We offered Dustin and Conor...