The 25-year-old said she was widely supported by her family when she decided to change her career in motorsports for one sharing racy photos on adult website OnlyFans.

“I think you could say my Dad is actually proud because of the financial position I am in and what I have been able to do with the site. You look at what I have achieved not what I am doing, it has been a success,” she said.

When she felt she couldn’t sell nude content online anymore her father urged her not to quit the business, given that her chosen new path allows her to make up to $25,000 a week.

“And he actually said ‘don’t stop, you’re making so much money, don’t stop.’ He actually encouraged me to keep doing it because it’s been life-changing and if anyone was in the position to make this kind of money, everyone would try and do it.”

Gracie said she fulfilled every request of fans who pay a monthly subscription for her bare-all videos, adding that she managed to pay off a 30-year loan in 12 months. 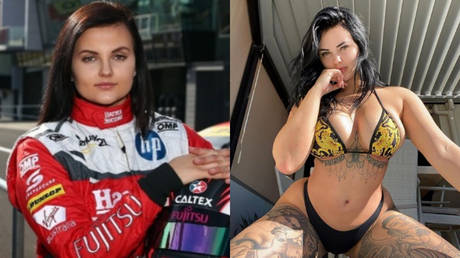 China tells the US it has no right...