American racing driver Jessi Combs has been posthumously awarded the women’s world land speed record for the 2019 attempt which claimed her life.

Combs, a women’s racing legend and popular star of TV show ‘Mythbusters’, died at the age of 39 in Alvord Desert, Oregon, last August when her jet-powered vehicle suffered a front wheel failure likely caused by striking an object, according to a police investigation.

Combs had clocked a time of 522.783mph (841.338kph) during the run, which the Guinness Book of Records has now officially recognized as being a new fastest time for a woman.

“No record could ever be worth her not being here,” Madden wrote on Instagram.

“But it was a goal that she really wanted – and as hard as it is for me to even look at the car without crying. I’m so proud of her.

“That was to be the last time she ever got in that car. It has tore me apart that all I had to do was say let’s go and we would have left before that run.”

Madden added that he wanted to counter “false narratives” that Combs had in any way made a mistake to cause the crash, which ended with the vehicle bursting into flames.

“On her final record run – the front wheel assembly failed and as she decelerated just past the end of the run, it came apart and went up into the electronics/mechanical bay behind her seat and caused the accident,” he wrote.

“There was nothing that she could do and she did everything perfect.”

Combs was already known as ‘The Fastest Woman on Four Wheels’ for her exploits behind the wheel, including breaking the women’s four-wheeled speed record in 2013, achieving a speed of 398mph (640kph) in her jet-powered North American Eagle Supersonic Speed Challenger.

She would later reach a speed of 483mph (777kph) before that run was abandoned due to technical issues.

She also earned TV fame, co-hosting the show ‘Xtreme 4×4’ and appearing on ‘Overhaulin’ and ‘Mythbusters’. 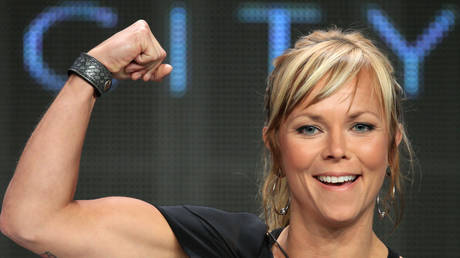