Two-time world figure skating champion Evgenia Medvedeva will be hospitalized to undergo a medical check, after the recurrence of the troublesome spine injury that forced her to withdraw from the upcoming Cup of Russia.

According to the general director of the Russian figure skating federation Alexander Kogan, the skater already consulted with doctors, who confirmed an aggravation of the old injury.

The 20-year-old, who withdrew from the season-opening Cup of Russia stage in Syzran, will be missing her second competition in a row. Her participation in the ISU Grand Prix event in Moscow remains in doubt.

In September, Olympic silver medalist Medvedeva returned to her long-time coach Eteri Tutberidze who had led her to two world titles and two Olympic medals.

The skater has parted ways with Canadian specialist Brian Orser, who trained her for two seasons, and expressed gratitude to his team for the work that had been done.

Her cooperation with Orser was not that productive compared with Medvedeva’s previous results, as the world championship bronze was the only international award taken under his guidance.

Tutberidze, who warmly welcomed back her skater, said she will try to restore Medvedeva to her previously held leading positions, however the skater’s health problems have made serious amendments to her training schedule, and are threatening to undermine the entire season for the prominent athlete. 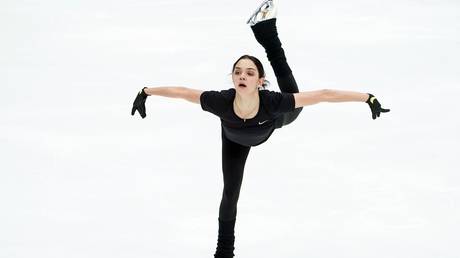