Watford are understood to have launched an investigation into reports that forward Andre Gray hosted a party of up to 20 people in breach of the UK government’s coronavirus restrictions on public gatherings.

The Premier League club has launched the probe following reports in the UK press that Gray hosted the gathering – which is also understood to have included Watford teammate Domingos Quina – which would be a direct violation of governmental rules amid the ongoing coronavirus public health crisis.

Current advice from health officials states that large gatherings are outlawed, and that citizens have been asked to keep social occasions limited to contact between just two households.

Gray’s alleged house party would be a direct breach of these mandates. He reportedly posted pictures to social media of the party which have since been deleted.

The reported number of around 20 people at Gray’s residence would be considered a significant violation of these rules – and could place the entire Watford squad at risk. The club is set to host Southampton in a Premier League clash on Sunday.

What I find incredible is that Andre Gray decided to post a video to his 171,000 followers of a 20-person gathering at his house and thought it was absolutely fine. Baffled. https://t.co/lJ8SOEJHz7

Per a report by The Athletic, the club have launched an investigation into the reports.

“The club will fully investigate the matter and speak to the players concerned. No further comment will be made.”

The alleged incident is the latest in a series of instances of Premier League players finding themselves in hot water with their clubs after disregarding lockdown rules.

Aston Villa captain Jack Grealish was disciplined by his team after allegedly being involved in an accident with two parked cars related to a lockdown breach in March. 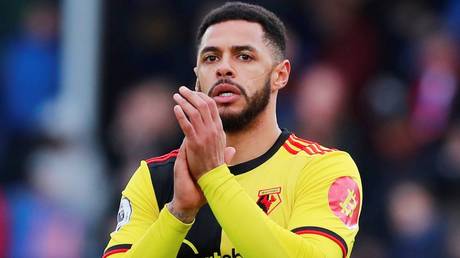