Cristiano Ronaldo has tested positive for the coronavirus, the Portuguese Football Federation has announced.

The Juventus star, 35, is currently on national team duty with Portugal and played the full 90 minutes in the UEFA Nations League game against France in Paris on Sunday.

Ronaldo had been preparing for Portugal’s Nations League match with Sweden in Lisbon on Wednesday, but has now left the team’s training camp to enter a period of self-isolation.

The Portuguese captain is not showing any symptoms, and is the only player in the squad to have tested positive for the virus, according to the federation.

Ronaldo, a five-time Ballon d’Or winner and widely considered among the greatest footballers of all time, is the highest-profile sports star to contract the illness which continues to sweep the world.

The striker has made 167 appearances for his country, scoring 101 times – putting him within reach of the record international tally of 109 held by former Iran forward Ali Daei. 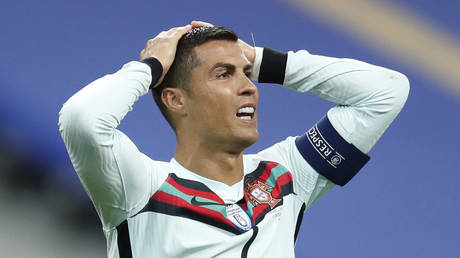 How Huawei survives on European ma...