Manchester City playmaker Kevin De Bruyne brought his team’s fans some feeling of triumph after he captured the Premier League’s Player of the Season award, thanks to a superb season for the Sky Blues.

De Bruyne’s success means he joins Eden Hazard and Vincent Company as only the third Belgian player to win the award, as he was rewarded for a campaign that saw him equal the record for the most assists by a single player in a Premier League season.

The Belgian international created 20 goals through the 2019/20 season as he equaled the total previously set by Arsenal striker Thierry Henry in the 2002/03 season.

In addition to his 20 assists, De Bruyne also weighed in with his best-ever goals tally, netting 13 times for City.

Unfortunately, despite his superb performances throughout the season, De Bruyne was unable to help City keep pace with runaway Premier League winners Liverpool, who dethroned City by finishing the season 18 points clear of the 2018/19 champions. 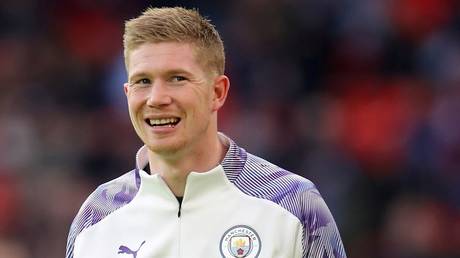 ‘They got a fitting response from...