The UFC bantamweight title fight between Russian reigning champion Petr Yan and Jamaican-American challenger Aljamain Sterling scheduled for UFC 256 on December 12 has been postponed, according to sources.

Yan was due to make the first defense of the title he won by stopping Brazilian veteran Jose Aldo in the fifth round of their contest at UFC 251 on Fight Island in July, but as-yet unspecified reasons have caused the December showdown with Sterling to be postponed, sources in Russia have told RT Sport.

Initial unconfirmed reports suggest that the issue is due to injury rather than other problems such as Yan obtaining a US visa.

There are early suggestions that should the fight not go ahead as planned this year, it will be moved to UFC 258 in February.

Yan remains undefeated in the UFC, winning all seven fights since he made his debut with the promotion in June of 2018.

By beating Aldo, the Siberian known as ‘No Mercy’ picked up the 135lbs belt vacated by the retired Henry Cejudo.

Sterling is on a five-fight win streak and last fought in June, when he submitted fellow contender Cory Sandhagen in the first round of their meeting at UFC 250. 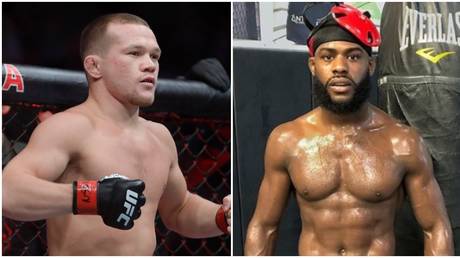 ‘I love this feeling’: Ronaldo ear...