Petr Yan only needed seven fights to capture the UFC bantamweight title, but during that time he has seen which contenders most deserve a title shot, and after his win at UFC 251, he named the man he feels should be next in line.

Yan finished two-time former UFC featherweight champion Jose Aldo in the fifth round of their battle for the vacant title on “UFC Fight Island” to capture the undisputed belt.

And now the Russian star says he’ll likely return to action to defend his newly-won title later this year, and said he wanted to give the first title shot to American contender Aljamain Sterling.

“I want to take a rest now, recover (and) go back to my homeland to see my family. And then it’s the work of my management team,” Yan said.

“In my first 18 months, I had six fights. I’ve never said no to an offer, so I’ll probably find out soon. … I think October will be a perfect time.

“I think Aljamain Sterling deserves to fight for the title. He’s on a good streak. He beat a lot of good guys.”

Sterling noted Yan’s comments and posted his approval on Twitter, saying, “At least Yan knows who the next contender should be!

“Enjoy it champ. Well earned against a future Hall of Famer. Our fight will be one for the history books!” 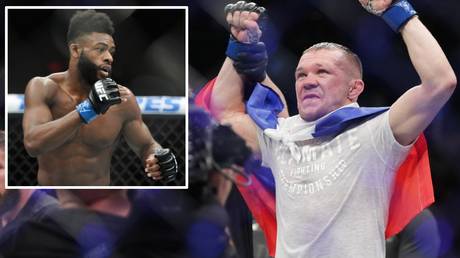 Wearing facemasks in shops will NO...

What is swipe surge on Tinder?