Routinely mocked over the quality of the French league, PSG have finally announced themselves on the Champions League stage this year. Can their revitalized team spirit and resolve help them to an unlikely victory in the final?

The day after PSG’s 2-1 defeat to Borussia Dortmund in February, French daily newspaper L’Equipe awarded both Kylian Mbappe and Neymar, the club’s strike duo bought for a combined total of around $513 million, a derisive four out of ten for their performances.

Both superstars had been comprehensively outshone by Erling Haaland, the then-19-year-old scorer of two goals in eight second-half minutes either side of a Neymar equalizer.

Traditionalists and purists stood poised to gloat at PSG for another season as the Qatar-owned juggernaut faced the bleak prospect of exiting the Champions League at the round of 16 stage for a fourth successive season.

A year after cynics worldwide had rubbed their hands with glee at watching Thomas Tuchel’s side slip out via a last-gasp Manchester United penalty at the Parc des Princes, Qatar Sports Investments and the nation state were in for another bloody nose on the world stage, as their bankrolled side failed to achieve the visibility and political clout of a run to the latter stage of the world’s most prestigious club competition.

Then, suddenly, the playing squad dispensed with drama and started to deliver.

Dortmund were a fair distance from being the best team in the German Bundesliga this season, but Paris still surprised by turning a tricky second leg into a routine win. Neymar scored their first before former Bayern wideman Juan Bernat added the final, decisive goal of the tie before half-time.

Against an empty stadium backdrop, and with their boisterous fans lighting flares outside, Paris had unwittingly extended their season by more than three months.

After the Ligue 1 season was canceled at the end of April and they were awarded a fourth successive title, no-one knew how months away from football would affect the moneyed team of Europe while all of their quarter-final rivals except Lyon continued playing.

As it turned out, they returned in the best way possible. Frequently accused of lacking fortitude, Paris showed resilience in abundance to survive going a goal down early on against dazzlingly potent newcomers Atalanta, as they converted their superiority into a deserved win, with last-gasp goals in the 90th and 93rd minutes.

ONE STEP TO MAKE HISTORY… pic.twitter.com/Itq4Nupymi

Six days later, they outclassed dangerous RB Leipzig 3-0. Angel Di Maria, the recipient of a three out of ten in those ratings against Dortmund, scored the second following a wonderful piece of ingenuity from Neymar, a reminder that the most expensive player in the world may not be worth the $257 million PSG were able to splurge on him but is still fantastic fun to watch on form.

A barbecue hosted by the playboy with a penchant for mid-season partying, Tuchel revealed, had drawn the squad together, and that unity could finally give them the secret ingredient to accompany the inexhaustible spending of their owners against Bayern.

They will, without doubt, require the unexpected. Rarely previously noted for their defensive nous, they have kept three clean sheets in five Champions League matches. But they have not faced a test anywhere near as tough this term as Bayern, who are almost irresistible, Robert Lewandowski and all, once they start sprinting at even the best of backlines.

Should they stop the side that has scored at least three goals in each of their last six Champions League matches from inflicting that level of damage again, Paris have more than a puncher’s chance because of their power in attack – and they have previous tournament winners in Neymar and Di Maria.

Having fulfilled their owners’ wishes of turning vast investment into status and contention in Europe, Tuchel and his team might just enjoy the unfamiliarity of limited expectations. 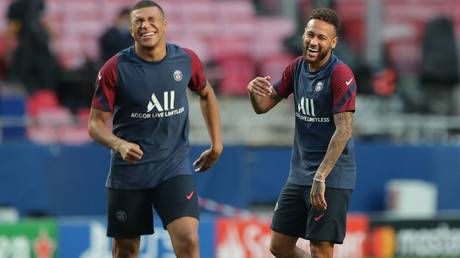