The Pakistan cricket team has been issued with a “final warning” by New Zealand authorities after six team members tested positive for the Coronavirus in Christchurch amid rumors that they failed to observe COVID-19 protocols.

New Zealand is among the handful of countries to have (mostly) successfully contained the spread of the potentially fatal virus to the point that fans have been welcomed back into sports grounds, but the country is braced for further infections after it emerged that the Pakistani cricket side have confirmed six positive tests within their ranks amid reports that they also neglected safety measures imposed by the government.

Pakistan are scheduled to face New Zealand in three T20 games, as well as two test matches in December and January.

New Zealand’s Ministry of Health announced on Thursday that all 53 members of the Pakistan squad had been tested on arrival in the country on November 24, and that the positive results came from those tests.

New Zealand Cricket (NZC) also confirmed that they received reports that Pakistan broke biosecurity rules on the first day of their mandatory isolation – prompting authorities to issue them with a “final warning.”

“It is a privilege to come to New Zealand to play sport, but in return teams must stick to the rules that are designed to keep Covid-19 out of our communities and keep our staff safe,” Director-General of Health Dr Ashley Bloomfield said.

They should cancel the tour. No need to put their country at risk because the Pakistan cricket team cannot behave and the testing system in Pakistan is shit it can’t detect Covid-19. These players have plenty of regular tests.

Pakistanis are a disgrace.

All 53 members of the Pakistan cricket team tested negative for Covid-19 prior to coming to NZ. The day after they landed 6 tested positive.

Pre-flight tests as promoted by Judith Collins was just PR fluff. @DrShaneRetiMP knows better and should have advised her so. #nzpol

I just got a text from my Kiwi friend who said that they are pissed by Pakistan’s cricket team for not following the simple rules of quarantine. Im not surprised that we have Covid Cases.

“We will be having discussions with the tourists to assist them in understanding the requirements,” NZC said. “While this is disappointing for the Pakistan squad, the testing outcomes and the actions taken show the government system is working.

“NZC considers public health and safety to be paramount in the hosting of international teams, and is supportive of the Ministry of Health and government position.”

New Zealand has recorded zero cases of community transmission in the last two weeks. Earlier this month, a solitary case of Coronavirus prompted authorities to shut down Aukland’s Central Business District for a month.

The potential risk of outbreak as a result of the reported lax adherence to the rules is being treated in New Zealand as a significant public health risk in a country which has so far excelled at the so-called ‘living with COVID’ dictum which has ravaged global sport this year.

So far, New Zealand has registered just 2,040 infections and 25 deaths.

Last month, more than 46,000 fans packed into Aukland’s Eden Park for a rugby match between New Zealand and Australia, in what was one of the first global instances of a sold-out stadium since the onset of the virus. 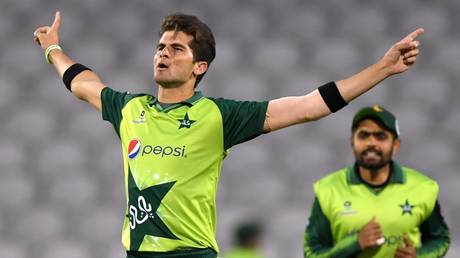 New tier rules: What you can and c...