World number one tennis player has been tested negative for Covid-19, 10 days after revealing he had contracted the disease during the controversial Adria Tour which he organized.

“Novak Djokovic and his wife Jelena are negative for COVID-19. That was shown by the results of the PCR tests that both had in Belgrade,” a report read.

READ MORE: ‘NONE of the women got it’: Tennis great aims dig at Djokovic virus fiasco as Bouchard pops bubbly after female matches

The 33-year-old also donated $45,000 to Novi Pazar, a town in Serbia which has been badly hit by the Covid-19 pandemic. The town declared a state of emergency last month due to the spread of the contagious virus.

The 17-time Grand Slam holder has been recently lambasted for hosting the Adria Tour in mid-June which led to a spate of coronavirus cases among the tournament participants.

The tournament, which was held in Serbia and Croatia in front of thousands of spectators without social distancing, led to an outbreak of Covid-19, forcing the organizers to cut the exhibition tour short.

The players hugged each other and shook hands, played an exhibition basketball game and were seen partying at a night club during the tour.

Djokovic issued an apology for hosting the tour, although it failed to save him from harsh criticism voiced by fellow players and fans. 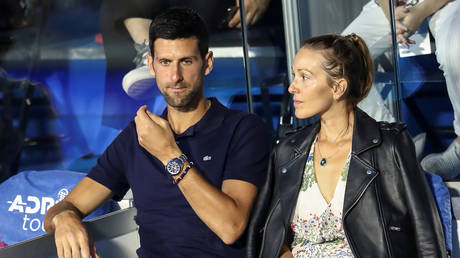