The highly-anticipated season-opener for Russia’s figure-skating ace Evgenia Medvedeva is to be delayed again, after the star was forced to withdraw from the ISU Grand Prix stage in Moscow.

The 20-year-old, who has been suffering from a spine injury, hasn’t reached competitive shape to be able to fight for podium places at major events.

“She will not take part in the tournament, because she hasn’t yet fully recovered,” Gorshkov explained.

The two-time world champion, who has not long returned to former coach Eteri Tutberidze, still hasn’t competed this season due to health problems which forced her to undergo medical treatment.

The skater, who has already pulled out of three events in a row, could now skip the entire season, which itself is under threat due to the coronavirus pandemic. 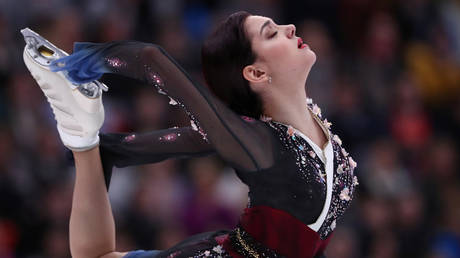