Close
Trending News
HomeSport‘Not even for $5 billion’: Khabib says he is ‘finished’ with McGregor as UFC champ shoots down reality TV show proposal

‘Not even for $5 billion’: Khabib says he is ‘finished’ with McGregor as UFC champ shoots down reality TV show proposal

‘Not even for $5 billion’: Khabib says he is ‘finished’ with McGregor as UFC champ shoots down reality TV show proposal

Khabib Nurmagomedov says he is “finished” with Conor McGregor and would not take part in the mooted reboot of reality TV show ‘The Ultimate Fighter’ with the Irishman even if the UFC offered him $5 billion.

Khabib’s manager Ali Abdelaziz later revealed that the undefeated Russian star had dismissed the idea due to his lingering disdain for ‘The Notorious’.

The UFC lightweight king himself has now made clear exactly how he feels about having any association with the man he choked out in the fourth round of their 2018 grudge match in Las Vegas.

“The Ultimate Fighter with him is good attention for him,” Nurmagomedov told ESPN when asked about his potential participation on the show with McGregor.

Khabib, who defeated Dustin Poirier to defend his title in September 2019 and next faces interim champion Justin Gaethje in Abu Dhabi later this month, said the likelihood of him running it back with McGregor was remote.

“It’s done. Everything is done October 6, 2018. I finish him. I finish everything about him,” said the Dagestani.

“I had a new challenge in Dustin Poirier [in 2019] and now Justin Gaethje.

McGregor, meanwhile, has his own business to attend to. His brief retirement from MMA appears to be over as he agrees the details for a fight with former rival Poirier, planned for later this year.

Beyond that, McGregor announced he will meet Filipino boxing icon Manny Pacquiao in another foray into the ring next year, in echoes of his money-spinning 2017 bout with Floyd Mayweather.

For now, both Khabib and his Irish nemesis have other fish to fry – and if Khabib has his way, it seems unlikely their paths will ever cross across again, be that in the octagon or on the TV screens. 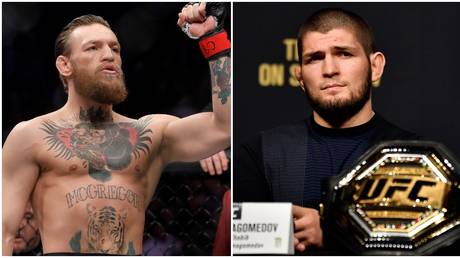