‘No winning project’: Lionel Messi set to LEAVE Barcelona for FREE when contract expires at end of next season – reports

‘No winning project’: Lionel Messi set to LEAVE Barcelona for FREE when contract expires at end of next season – reports

Six-time Ballon d’Or winner Lionel Messi is set to leave Barcelona when his contract expires at the end of next season after becoming frustrated at playing for a club “without a winning project”, according to one report in Spain.

Per Spain’s premier radio network Cadena SER, Barca’s all-time leading scorer has grown tired of playing for a club without ‘a winning project’, and has taken issue with personal information being leaked to the media which has seen him be held accountable for events in which he has played no part.

The 33-year-old’s current contract at Camp Nou expires in 2021 and the Barca skipper has decided to put negotiations on hold, although it is understood talks were going well until they eventually stalled, meaning he could leave for nothing next summer.

Per Carreño, Messi is tired of playing for a club that has lacked a winning project for so long.

He has told his closest teammates that he doesn’t want to become part of the problem. He has always said he wants to stay as long as the club want him there.https://t.co/iDTshOl7Br

The Barcelona presidential elections are set to be held in mid-June next year with Messi’s contract expiring in just under a year’s time on June 30, and it is believed that two-week window will be pivotal in deciding Messi’s future, particularly given his tumultuous relationship with club chiefs.

Football’s enforced break due to the outbreak of coronavirus revealed a fractious relationship between Messi and the Barcelona board when the 33-year-old accused the club hierarchy of hanging the players out to dry over pay cuts.

Playing staff agreed eventually to take a 70 per cent pay cut in March when football across Europe ceased due to the Covid-19 epidemic, but Messi issued a statement declaring the first XI should bear the brunt of any financial distress, but accusing club bosses of an attempt to “put us under the microscope or apply pressure for us to do something that we have always been clear that we would do.”

That relationship hadn’t always been as frosty. Barcelona committed to signing a 14-year-old Messi from Newell’s Old Boys youth team by paying for his treatment for growth hormone deficiency, a condition which threatened the fledgling career of the physically tiny teenage prospect.

Messi recently hit 700 career goals for Barcelona and Argentina with a penalty in a 2-2 home draw against Atletico Madrid as the Catalan club look to keep the heat on league leaders Real Madrid in the race for the Spanish title.

Despite a plethora of club, personal and world records and being regarded by many as the best player of all time, the Argentina ace has recently come under fire from sections of the media who believe the current world’s best player has lost his magic on the field. Former Barcelona winger Lobo Carrasco was one of those who rushed to his defence, insisting Messi is not part of the problem of Barca’s sub-par form.

Current champions Barca trail bitter rivals Real by four points at the top of La Liga with only five games left to play, setting up an intriguing sprint finish to Spain’s title race as Los Blancos zero in on a record 34th championship.

Messi isn’t the only one rumored to be heading for the Camp Nou exit; World Cup-winner Antoine Griezmann, who shone for France at Russia 2018, watched the entire 90 minutes against his former club Atletico from the bench.

The €120m signing is widely considered not to have not justified his price tag and has fallen down the pecking order behind a front three of Messi, Luis Suarez and Martin Braithwaite. 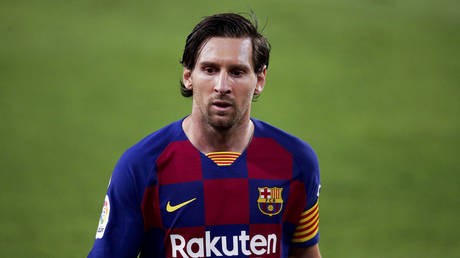 How to transfer WhatsApp data to new Android phone