‘No symptoms at all’: Russian NHL star Evgeni Malkin reveals he had coronavirus

‘No symptoms at all’: Russian NHL star Evgeni Malkin reveals he had coronavirus

Russian NHL star Evgeni Malkin said he had COVID-19, but didn’t experience any symptoms when he tested positive for the virus.

The Pittsburgh Penguins forward added that precautionary measures forced him to refuse to have pictures taken with fans, some of whom were offended at the time.

“Yes, I had coronavirus with no symptoms at all. Now everyday more than 20,000 people got infected,” the player said.

“My son has been attending training sessions and other kids want to take pictures with me. Of course I want to make them happy, but on the other hand I should also think about responsibility. Sometimes people don’t understand that, some of them even take offence at me.

“I want to take this occasion to apologize for my refusal. Please, kids, don’t nurse a grudge against me. Unfortunately, we have such an unpleasant situation right now.”

The three-time Stanley Cup winner was in the spotlight in May after taking on dual Russian-American citizenship.

While the move was not warmly welcomed by some of his fans, who criticized him for having an American passport, he said it does not mean he has betrayed his motherland.

The 34-year-old has spent the whole of his NHL career with the Pittsburgh Penguins, helping them to a hat-trick of Stanley Cup titles. 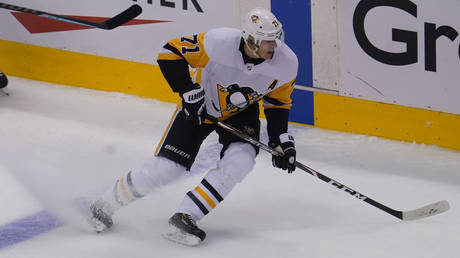