The Norwegian Skating Association has issued a proposal to the International Skating Union (ISU) seeking an increase in the minimum eligibility age for senior female figure skaters to 17.

Under the current rules, female skaters are allowed to enter senior competitions at 15.

The contentious initiative, which has been discussed by figure-skating pundits in recent seasons, would automatically exclude 15-year-old prodigies, who would be required to spend two more years at junior level if the ISU amends the rules.

According to TASS, which cited sources familiar with the situation, the proposal was introduced last year and was included on the agenda for the ISU Congress, which was rescheduled for 2021.

Earlier, ISU President Jan Dijkema said that the organization plans to consider the age issue in close cooperation with national federations before making any decisions.

Norwegian officials who were behind the initiative are reportedly not planning to remove the age-limit proposal from the agenda, meaning that possible changes of ISU regulations might be adopted next summer.

The minimum age barrier has long been a widely discussed issue in figure skating, with some experts insisting that teenagers who haven’t reached puberty have an unfair biological advantage over their adult rivals, who are much taller and heavier.

The history of figure skating has seen many examples of athletes whose talent declined as they moved from the junior to senior levels of competition.

Four out of six Olympic tournaments, starting with the 1998 Nagano Olympics, were won by teenage female skaters, all of whom were under 18 at the moment of their triumph.

The president of the Russian figure skating federation, Alexander Gorshkov, said that he is completely against any amendments, which he thinks will affect the development of women’s skating. 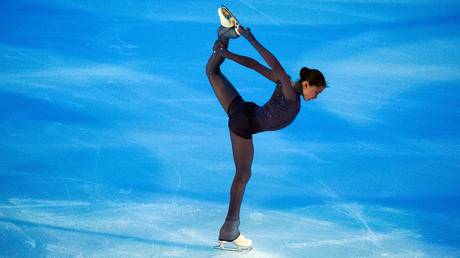 Over ONE MILLION people expected t...