No jab, no play: Tennis star Andy Murray backs mandatory COVID-19 vaccinations ‘for the good of the sport’

No jab, no play: Tennis star Andy Murray backs mandatory COVID-19 vaccinations ‘for the good of the sport’

British tennis star Andy Murray has thrown his weight behind the idea of compulsory vaccinations within his sport in order to be cleared to play in tournaments ahead of the expected roll-out of the coronavirus vaccine next year.

Tennis is among the many sports to have had its 2020 calendar decimated by the onset of the global pandemic, with Wimbledon being among the historic tournaments left in the virus’s wake and three-time Grand Slam winner Murray says that players should fall in line with plans for mass vaccinations in order to get the sport back on track.

“I think that probably should be the case,” Murray said of the vaccination plan.

“I would hope that all the players would be willing to do that for the good of the sport – providing everything has proved to be safe, clinical trials and everything have been done and there are not any significant side-effect.”

Murray’s comments are sure to be controversial in a society that has grown increasingly wary of vaccinations, with the so-called “anti-vaxx” movement growing in popularity worldwide, harboring a general distrust of vaccinations and “big pharma”.

Novak Djokovic, the world’s number one player, generated numerous headlines this past summer and was branded an anti-vaxxer when he said that while he generally supports vaccinations, he was against them being mandatory.

Djokovic also came under fire months ago for arranging a tennis tournament, the Adria Tour, at the height of the COVID outbreak in Serbia and Croatia. Several people associated with the event were subsequently diagnosed with the potentially fatal illness.

Murray, though, says a mass vaccination rollout for his sport would be difficult – but it is necessary.

“I guess it would be difficult,” Murray continued. “I also read a few weeks after [Djokovic] said he wouldn’t be keen on doing that, if it was something that had to be done for him to play the sport, he would.

“So I guess we’ll have to wait and see what the ATP and the ITF (International Tennis Federation) decide their position is going to be on that. But I’m confident that players would be into it if it meant the tour going back to normality.”

It may be too soon to save the Australian Open in January, however, with strict measures in place to curb the spread of the virus and visitors not allowed into the country until late December – after which a two-week quarantine period must be observed.

Murray, though, remains hopeful that the start-date might be pushed back as tennis – and sport as a whole – begins to emerge from its enforced slumber.

“It’s obviously tricky for the players,” he said.

“Originally, we planned to go on the 12th or the 13th of December to arrive around the 15th. Then that changed and the latest I’ve heard is that they’ve planned to push it back a couple of weeks.

“I think that would be the best-case scenario now. That would allow the players to get over there at the beginning of January and prepare properly for the event. I’ll go as soon as I can.” 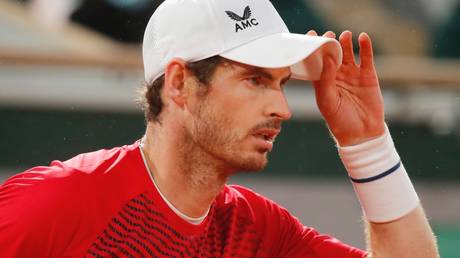