NHL on NBC announcer Mike Milbury has faced a backlash for his on-air words regarding the ongoing life in an NHL ‘bubble’ in which he noted that there weren’t women to ‘distract’ the ice hockey players from the playoff games.

During the last night’s broadcast of the game between the Washington Capitals and the New York Islanders, Milbury was discussing life in the league’s temporary quarantine, or ‘bubble,’ amid the safety protocols put in place to safeguard the sport’s return.

And, when responding to the words of his co-host John Forslund, the 68-year-old analyst made a comment about the absence of the athletes’ significant others, which was quickly flagged as ‘misogynistic’ by a large number of Twitter users.

“If you think about it, it’s a terrific environment with regard to… if you enjoy playing and enjoy being with your teammates for long periods of time, it’s a perfect place,” Forslund said during the Islanders’ 4-0 win over the Capitals on Thursday.

“Not even any woman here to disrupt your concentration,” Millbury shot back, prompting fury on Twitter, as his comment was marked as “sexist” and “demeaning to women” on the platform.

I’m so sick of Milbury having a platform when they are so many other talented people who would actually help this sport & maybe not view women as “a distraction” https://t.co/8vaXu1S8yN

I’m not usually one to call for someone’s head, but NBC needs to to get rid of Mike Milbury. Saying something like “and there weren’t even women there to distract them” is insane. It’s 2020 and hockey fans are diversifying. They/we deserve better.

Misogyny alive and well in @NHL broadcast booth/bubble. Please don’t tell tell us it’s not what you meant ⁦@realmikemilbury⁩. We know exactly what you mean by “Not even any woman here to disrupt your concentration.” https://t.co/A7RWI2za7q

Although, the reactions have been mixed with many users stating that the words have been taken “out of context.”

You are taking this completely out of context. He is implying no distractions from significant others. I knew exactly what he meant. I understand you are obsessed with self worth and the need to be heard but not everything is meant to be offensive.

Omg. This is nothing of nothing. We’re not allowed to make silly jokes about pro athletes potentially being distracted women? I’m not a big Milbury fan – trust me! – but this is hardly something to be outraged about.

All he meant was that their focus should be on the game and their teammates, not on getting laid – which is typical coach talk. If anything, it’s putting down the guys.

The NHL ‘bubble’ consists of two host cities, Edmonton and Toronto, with the movements of team personnel restricted to help stop the spread of Covid-19.

Twenty-four teams, 12 in each conference, will compete in the two cities, with teams staying in isolation as long as they are still in active competition.

Each team was allowed to bring up to 31 players, and 52 people overall. Players are given their own hotel room, but are forbidden from entering another player’s room, with players only permitted to leave the ‘bubble’ for extreme medical or personal needs.

Milbury came under fire earlier this month for separate comments made about the “bubble” when he criticized Boston Bruins goalkeeper Tuukka Rask for opting out of the NFL playoffs to be with his family and newborn child. 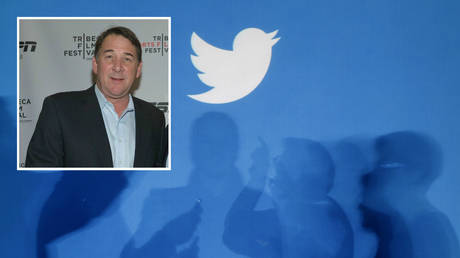