Close
Trending News
HomeSport‘Napoli would have committed a crime’: Chaos as Serie A confirms Juventus game to go ahead despite Napoli ‘unable to travel’

Juventus look set to be handed a 3-0 win on Sunday after Serie A confirmed their clash with Napoli is to go ahead as planned, despite the visitors reportedly being unable to travel after two players tested positive for Covid-19.

Piotr Zielinski, Eljif Elmas and a member of staff tested positive after Napoli played Genoa last weekend, after which the latter announced they had 14 positive cases among their players and staff, which has since risen to 17.

According to ESPN, Napoli were still set to fly to Turin for the game and even had a plane ready, but local authorities in Campania denied their request to travel.

“The law of the state is superior to that of sport. By leaving, Napoli would have committed a crime!” Partenopei lawyer Mattia Grassani is quoted as saying.

#COVID19 chaos in Italy. Serie A insists #Juventus v #Napoli should go ahead tonight despite Napoli staying home after 2 positive tests.
Napoli lawyer Mattia Grassani: “The law of the state is superior to that of sport. By leaving, Napoli would have committed a crime!”

However, Juventus stated their intent to take the field regardless in a tweet on Saturday.

The Bianconeri also announced a squad list for the match on Sunday.

Juventus Football Club announces that the First Team will take to the field for the Juventus – Napoli match tomorrow at 20:45, as foreseen by the Serie A League calendar.

Italian Football Federation (FIGC) council member Pietro Lo Monaco told Radio Kiss Kiss (via Goal) the match was likely to be postponed: “We are moving towards this path. Juventus-Napoli will be postponed to a date to be decided. The rule is clear.”

However, Serie A have subsequently confirmed the game will go ahead as scheduled as the situation does not meet their rules for postponement and said that local authority rulings have not prevented it from taking place.

Per Football-Italia, the league said in a statement:

“Even if there are cases of players in the group who tested positive for Coronavirus, the protocol provides certain and mandatory rules that allow to play games fielding all the footballers who tested negative through exams undergone within the time range given by the health authorities.

“The Council of the Lega Calcio did also approve a set of rules that can lead to the postponement of game only with several cases of players positive to the virus.

“These conditions can’t be applied to the current Napoli case at the moment and there are no decisions of the local authorities that prevent the game from being played.”

Like UEFA’s coronavirus protocols, Serie A’s rules state that matches can proceed provided a team has 13 players available including a goalkeeper.

It’s said Juventus will travel to the Allianz Stadium as normal this evening to ensure they’re present for the game.

Napoli will have 45 minutes from kick-off to arrive, after which point the referee will declare the match forfeit and a 3-0 win will be awarded to the reigning champions.

Juve, who are targeting their 10th consecutive Serie A title, have four points after two matches, having won 3-0 against Sampdoria and drawn 2-2 with Roma. 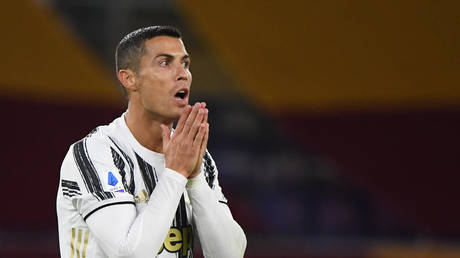