The Cleveland Indians look to follow in the footsteps of the NFL’s Washington Redskins by announcing a review into the racial undertones of their franchise name amid the ongoing race discussion in the United States.

The recent death of George Floyd has sparked a movement of people intent on correcting perceiving racial wrongdoings. It is a movement that has already been felt in sports with the NFL’s Washington Redskins now looking set to alter their name, and now Major League Baseball’s Cleveland Indians look set to follow suit and dispose of the moniker they have held for 105 years.

“We are committed to making a positive impact in our community and embrace our responsibility to advance social justice and equality,” said a statement from the franchise, which came less than 24 hours after a similar assurance from Washington.

“Our organization fully recognizes our team name is among the most visible ways in which we connect with the community.”

This comes after pressure from Native American groups in the United States, who object to what they describe as racially pejorative depictions of their culture.

In the Redskins’ case, the movement was endorsed by the team’s longtime sponsor FedEx, who demanded that an internal review be conducted of the team name. It forced the hand of owner Dan Snyder, who had previously remained steadfast in the face of public pressure.

Some Indians supporters have objected to the move, with some maintaining that team names have long since been eroded of any racially offensive connotations. But the Indians openly admitting that they will review a change marks another notable moment in the ongoing discussion about race which would have seemed impossible as little as one year ago.

“We have had ongoing discussions organizationally on these issues,” the Indians said.

“The recent social unrest in our community and our country has only underscored the need for us to keep improving as an organization on issues of social justice. With that in mind, we are committed to engaging our community and appropriate stakeholders to determine the best path forward with regard to our team name.

“While the focus of the baseball world shifts to the excitement of an unprecedented 2020 season, we recognize our unique place in the community and are committed to listening, learning, and acting in the manner that can best unite and inspire our city and all those who support our team.” 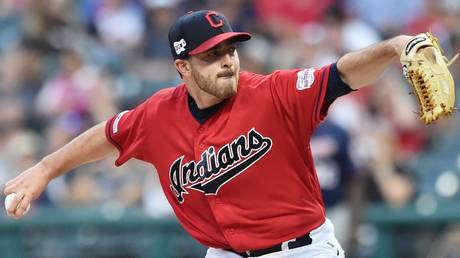 'Saying Djokovic screwed it u...