American league-based MMA promotion the PFL has announced a big-name arrival in the form of heavyweight great, and former UFC champion, Fabricio Werdum, who will compete for $1 million in the promotion’s 2021 heavyweight season.

Werdum, who has defeated a who’s who of heavyweight greats over the course of his 34-fight MMA career, defeated Cain Velasquez to capture the UFC heavyweight title at UFC 188 in 2015, and was also the man who ended Russian heavyweight legend Fedor Emelianenko’s 10-year unbeaten when he submitted “The Last Emperor” at Strikeforce in San Jose in 2010.

Considered by many to be among the best heavyweights in the history of the sport, “Vai Cavalo” confirmed his decision to explore free agency after his first-round submission finish of former light heavyweight title challenger Alexander Gustafsson on “UFC Fight Island” in July. And now his new fighting home has been confirmed, with the PFL issuing a press release trumpeting their big-name signing.

“Today, the Professional Fighters League announced the signing of Fabricio Werdum, one of the greatest heavyweight fighters MMA has ever seen,” the promotion declared.

Werdum put pen to paper on an exclusive deal that will see the Brazilian compete in the PFL’s 2021 heavyweight season, where he will attempt to win the tournament championship and bank a cool $1 million into the bargain.

“I am excited to announce Fabricio Werdum, the Tom Brady of MMA, has signed with the Professional Fighters League,” said PFL CEO Peter Murray.

“Fabricio is one of the greatest heavyweights of all time and knows when he steps into the PFL cage this coming season, it is more than a fight.

“The PFL sport season format provides an opportunity to control his destiny, like all PFL fighters, with a transparent shot to earn another major global title and the PFL million-dollar champions belt.”

“Adding a fighter at the world champion caliber of Fabricio Werdum is next level for the Professional Fighters League,” said Ray Sefo, President of PFL Fighter Operations.

“I know the rest of the league’s heavyweight fighters are as excited as I am with Fabricio joining the PFL for the 2021 season starting in April.” 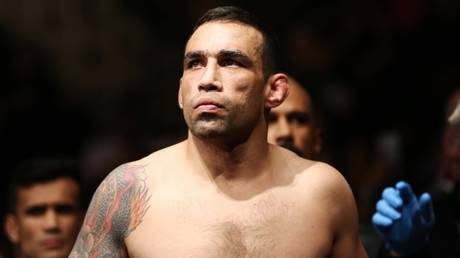