Messi looked disinterested and demoralized as Barcelona were put to the sword 8-2 by Bayern Munich in the Champions League quarterfinals on Friday night.

And while it is widely expected that head coach Quique Setien will be relieved of his duties early this week, it seems the disquiet at the Camp Nou has become too much for the Argentinian forward, who is thought to feel “isolated” after missing out on both the Champions League and the La Liga title.

A report from Brazilian outlet Esporte Interativo states that Messi has demanded to leave the club immediately after expressing his frustration with the way the club is currently being run.

The outlet tweeted (via translation), “Messi wants to LEAVE Barcelona IMMEDIATELY! Dissatisfied with the administration and lack of planning, the Argentine star has already communicated to the management the desire to change clubs.”

The news is sure to alert a host of big-spending clubs who are sure to dig deep into their coffers to secure the signature of one of the world’s top players.

Manchester City, led by Messi’s former boss at Barca Pep Guardiola, are considered the front-runners to secure his signing, but Paris Saint-Germain and a number of other top clubs, both in Europe and further afield, are likely to scout his interest.

Messi’s Barca contract contains a clause that allows him to leave for free at the end of each season of his deal, but the clause reportedly expired at the end of May, despite the COVID-19 pandemic extending the season.

With their wantaway star likely to attract a colossal transfer fee, Barcelona may opt to cut their losses and use the huge windfall they’d receive from Messi’s departure to rebuild their squad – possibly under a new team boss. 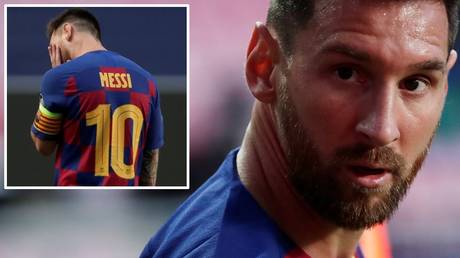