The English FA is investigating Manchester United player Edinson Cavani over an allegedly discriminatory Instagram story shared from his account on Sunday evening. The player faces a potential three-game ban.

The 33-year-old striker led his team to a 3-2 victory over Southampton, netting two goals and making an assist after coming on at half-time.

After the match, the Uruguayan star’s Instagram page was flooded with messages of congratulations, with Cavani finding himself under scrutiny for one of his replies.

Responding to a message from a fan, Cavani wrote in Spanish, “Gracias negrito” – a phrase which was deemed racist by some English-speaking fans.

Cavani deleted the post although Spanish-speaking fans have spoken up in defense of the player, explaining that in Latin America the phrase has no racist implications.

It is often said to friends, and can be compared with the English word ‘mate’.

Nevertheless, the Football Association is investigating the incident, with Cavani facing a possible three game-ban if his post is deemed to have been racist. 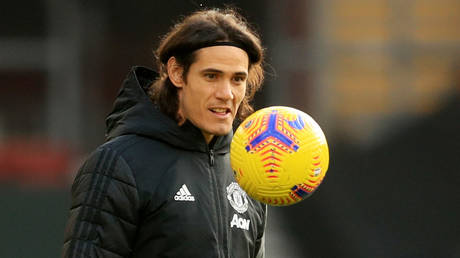