Manchester United skipper Harry Maguire has filed an appeal against his conviction for assault and attempted bribery in Greece, meaning the football star’s record will be quashed before a retrial takes place.

Maguire was found guilty of aggravated assault, resisting arrest and attempted bribery by a Greek court on Tuesday after the England defender was detained in the holiday resort of Mykonos.

But Manchester United announced on Wednesday that an appeal against the verdict had been accepted.

“An appeal against yesterday’s verdict was lodged this morning by Harry’s legal team. In accordance with the Greek judicial process, the filing of an appeal extinguishes the initial court verdict and nullifies the conviction,” read a statement from the Old Trafford club.

“The appeal has been accepted and will lead to a full retrial in a more senior court. This means that Harry has no criminal record and is once again presumed innocent until proven guilty. Accordingly, he is not subject to any international travel restrictions.”

It was not stated when the retrial could take place.

Maguire, 27, was arrested last week along with his brother and a friend after engaging in a physical altercation with another group outside a nightclub, claiming that he had intervened after his sister had been injected with an unknown substance by a group of Albanian men.

Police alleged that they were assaulted by Maguire and others when they arrived at the scene, and were later offered a bribe by the player.

“Do you know who I am? I am the captain of Manchester United. I am very rich. I can give you money. I can pay you, please let us go,” Maguire was quoted as having said to local officer Mickolos Kolios.

Maguire spent two nights in a police cell but later returned to the UK as the case against him continued, before judges on Tuesday handed him a prison sentence of 21 months and 10 days – which was suspended because it was first offense and the charges were misdemeanors.

Maguire broke his silence over the claims on Wednesday, sharing a quote from Buddha which stated that “the truth cannot be hidden.”

He is set to meet officials at Manchester United to discuss his future as captain, although it is understood he will retain the role at least for the immediate future.

Maguire, who became the world’s most expensive defender when he joined the Old Trafford club from Leicester City in an £80 million ($105 million) deal in 2019, was initially named in the England squad on Tuesday for the upcoming matches against Iceland and Denmark, but was later withdrawn by manager Gareth Southgate after the guilty verdict was announced.

There is no news yet on whether that decision will again be reversed in light of Maguire’s appeal. 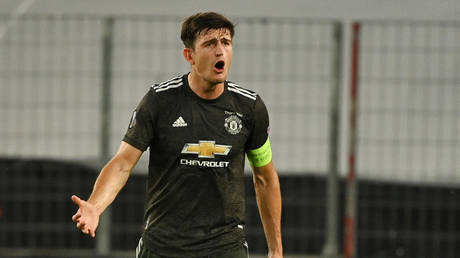