Manchester United captain Harry Maguire has been found guilty of aggravated assault, resisting arrest, and attempted bribery by a court in Greece after the football star was arrested in the holiday resort of Mykonos last week.

England international Maguire, 27, was detained last week along with his brother and a friend after engaging in a physical altercation with another group outside of a nightclub.

Maguire later returned to the UK as the case against him continued in Greece, with Sky reporting from court on Tuesday that the football star has now been found guilty.

Lawyers for Maguire had claimed on Tuesday that he had become involved in a confrontation with a group of men –  reported to be Albanian – after the football star’s sister, Daisy, had been injected with an unknown substance which caused her to collapse.

The defense for Maguire also alleged that he had been “kicked” upon his arrival at the police station and told that his “career was over”.

However, police alleged that they were assaulted by Maguire and others when they arrived at the scene, and were later offered a bribe by the player.

“Do you know who I am? I am the captain of Manchester United. I am very rich. I can give you money. I can pay you, please let us go,” Maguire was quoted as having said to local officer Mickolos Kolios.

Maguire had faced the charges along with his brother Joe and family friend Christopher Sharman, but was represented in court on the island of Syros by his father Alan after flying back to the UK.

Earlier on Tuesday, and despite the case against him, Maguire was named in the England squad for the upcoming UEFA Nations League matches against Iceland and Denmark. 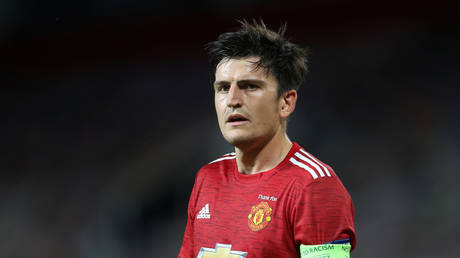