A new takeover of Newcastle could be completed by a group led by entrepreneurs Terence and Nelson Loh, who have said they are in line to become the first Singaporean owners of a Premier League in a potential $370 million deal.

The cousins co-founded the Paris-based Bellagraph Nova Group (BNG), which claims to own more than 30 businesses across 100 countries and be worth an estimated $12 billion, alongside “corporate trailblazer” Evangeline Shen in June.

They have now declared that they are at “an advanced stage of negotiation” for the surprise takeover, adding that they have provided a letter of intent and proof of funds.

Former Magpies striker Michael Chopra, who has directed a number of excitable tweets to fans alluding to a new deal, is acting as the public face of the bid.

A pair of former investment bankers at JP Morgan, the Loh cousins own the Dorr Group Racing Team and have previously sponsored the Singapore national Muay Thai team.

They now appear to be frontrunners following the abandonment of a bid by the Saudi Public Investment Fund last month amid fears that the group would fail the Premier League’s owners’ and directors’ test.

Richard Masters, the Premier League’s chief executive, explained that the Saudi takeover, led by Crown Prince Mohammed Bin Salman Al Saud, had collapsed after they declined an offer of independent arbitration to decide who would own the Tyneside club.

According to the Shields Gazette, the BNG are willing to pay a £250,000 deposit to much-maligned current owner Mike Ashley in order to see the club’s accounts.

From our headquarters in Paris, former Newcastle Club player, Michael Chopra was greeted by Badara Ndiaye former Division I Basketball player. As the BN Group, they both care about building communities and giving back through different channels such as sports. @MichaelChopra #BNG pic.twitter.com/dA9ifkdYp2

The stated value of the group means that bottom-half side Newcastle could gain owners as wealthy as Roman Abramovich at Chelsea, potentially providing them with the spending power to challenge at the top end of the Premier League.

BNG posted a photo of Chopra meeting businessman, Instagram influencer and former basketball player Badara Ndiaye to discuss the plans at the group’s headquarters on Friday.

“They both care about building communities and giving back through different channels such as sports,” they announced, evidently attempting to present the proposed takeover in a positive light.

Chopra, who spent seven years as a youth team player at the club before making 21 appearances during his six-year senior career at St James’ Park, said he had been “very excited” by the “great meeting with a great team”.

If this company made 9 billion dollars or whatever in 2019 alone why is their account not verified? I want rid of Ashley as much as anyone but I’m not buying this

I hear he is fronting the bid?
Be pretty crazy if 1 of our so so strikes came back and was chairman of the club. He is NUFC mad and he is from the area (right?) so maybe this would be a perfect choice.

Joined Twitter August 2020, has about 7 tweets and next to no followers. Seems legit.

Four days after the Saudi takeover was dropped, he also told disillusioned fans: “Get the cans from the bin and put them back in the fridge, Geordies. Watch this space.”

Supporters gave a mixed reaction to the news, with some questioning why the group’s Twitter account, which describes it as a “leading player on the world stage” with an “unprecedented ethical model”, had a modest following of around 500 accounts.

“If this company made nine billion dollars or whatever in 2019 alone, why is their account not verified?” asked one. “I want rid of Ashley as much as anyone but I’m not buying this.”

As others asked Chopra to clarify his role and the details behind the bid, another observed: “[It would] be pretty crazy if one of our so-so strikers came back and was chairman of the club.” 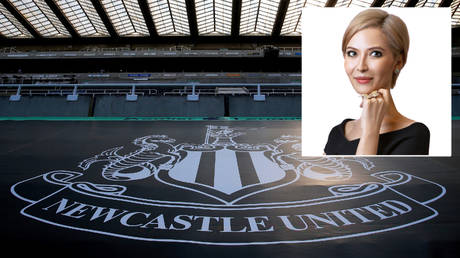