Liverpool star Mo Salah has proved himself to be a hero off the pitch as well as on it after he reportedly saved a homeless man from being harassed by a group of thugs, before handing him £100 ($130).

The incident is said to have happened after the Reds’ 3-1 win over Arsenal on September 28, when the Egyptian arrived at a petrol station near Anfield and saw a group of men harassing David Craig.

The 50-year-old told The Sun: “Mo was every bit as wonderful as he is for Liverpool on the pitch.

“He heard what a group of lads were saying to me, then turned to them and said, ‘That could be you in a few years’.

“I only knew I wasn’t hallucinating when Mo incredibly handed me £100. What a complete legend.”

The incident was caught on CCTV, which appeared to show Salah intervening on Craig’s behalf.

🔴 #LFC‘s @MoSalah was at petrol station heard people harass a homeless guy, he intervened them and warned them from facing the same fate in the future, he gave the man £100 and asked him to get a job. 🙌

“Mo is a real-life hero in my eyes and I want to thank him” -Mr Craig 🗣 pic.twitter.com/O3hut9HKoE

Craig, a former laborer, sleeps on the streets of Liverpool near Anfield, having been homeless for six years following a fall-out with his family.

“Mo had seen a couple of the lads hassling me,” he added.

“They were calling me names, asking why I was begging and telling me to get a job.

“He saw what was happening and said something to them and then he went to the cash machine.

“I was more than chuffed. I’m a massive fan.

“Mo is a real-life hero in my eyes and I want to thank him.”

Salah has been a sensational addition at Liverpool since he arrived from Roma in 2017.

The 28-year-old has 99 goals and 41 assists for the Reds in just 158 matches, and his efforts have helped the club win the UEFA Champions League and the Premier League their first league title in 30 years.

He has enjoyed a strong start to the campaign with five goals already to his name, although two of them came in Liverpool’s 7-2 humiliation by Aston Villa on Sunday. 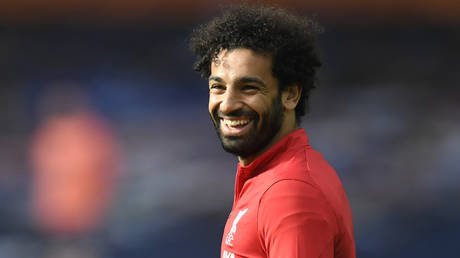