Wantaway Barcelona star Lionel Messi says that his protracted stand-off with the club in which he attempted to engineer a move away from the Camp Nou was because he wanted to make them “better and stronger”.

The six-time Ballon d’Or winner launched one of the more sensational transfer sagas in recent years when he notified Barcelona of his desire to exercise a clause in his contract which would have allowed him to leave on a free transfer – an assertion which was disputed by his club.

With Pep Guardiola and Manchester City understood to be circling, Messi reversed his desire to leave – for the time being at least – following a dispute about the language in his contract which looked to be heading towards a battle in the courts.

Messi said that he didn’t want to put himself or the club through what would have been a protracted legal battle, but in a brand new interview, Messi has said that he did not mean to offend fans and that he always had the club’s best interests in mind.

“I take responsibility for my errors and if they existed, it was only to make FC Barcelona better and stronger,” Messi said in an interview with Sport.

“I wanted to send a message to all the socios and fans that follow us. If at any moment, any of them were annoyed by something that I said or did, let there be no doubts that anything I did was always with the club’s best interests in mind.”

The Ronald Koeman era at Barcelona began with a 4-0 home win against Villarreal on Sunday, with Messi scoring from the penalty spot, as teenage sensation Ansu Fati – the man tipped to become Messi’s eventual Camp Nou successor – netted twice.

Messi says that amid the current rancor within the club, he wants to focus on matters on the pitch, and not in the boardroom or dugout, as they begin the attempt to prise the La Liga title away from arch-rivals Real Madrid.

“After so many disagreements, I would like to bring an end to everything. We all have to be united and assume that the best is yet to come,” he said.

“Uniting passion with excitement and motivation will be the only way to achieve our objectives, always united and rowing in the same direction.” 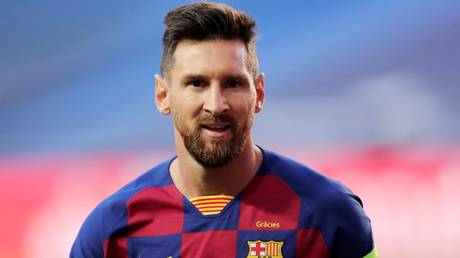