Cristiano Ronaldo and Lionel Messi could renew their rivalry in the Champions League after Friday’s draw set a course for Real Madrid to meet Juventus in the semi-finals, although both will face tough tasks to reach that stage.

Several subplots have come to the fore following Friday’s draw at UEFA headquarters in Nyon, Switzerland, with Ronaldo central to a number of them.

The five-time Ballon d’Or winner could be set to take on former team Real Madrid in the quarter-finals if the Spaniards are able to overcome a first-leg deficit away to Manchester City – a tantalizing prospect only outweighed by the potential of a clash with Barcelona and Lionel Messi in the semis.

However, Quique Setien’s misfiring Catalan side will have their work cut out for them after only drawing the first leg of their last-16 tie with Napoli in February.

If that test is passed in the second leg, it is likely that Barcelona will take on Bayern Munich in the quarter-finals, unless Frank Lampard’s Chelsea can overcome a 3-0 first leg defeat when they travel to Munich to conclude their last-16 tie.

The prospect also exists of Manchester City boss Pep Guardiola returning to the Camp Nou to potentially pile further misery on to what has been a disappointing season in Cataluna.

Real Madrid or Manchester City vs Lyon or Juventus

Napoli or Barcelona vs Chelsea or Bayern Munich

With the tournament placed on hold following the coronavirus outbreak earlier this year, four teams had already qualified for the quarter-finals where they have been drawn against one another, with RB Leipzig taking on Atletico Madrid and Paris Saint-Germain facing Atalanta.

The remaining games in the round of 16 will take place in the original stadiums as initially planned on August 7 and 8. 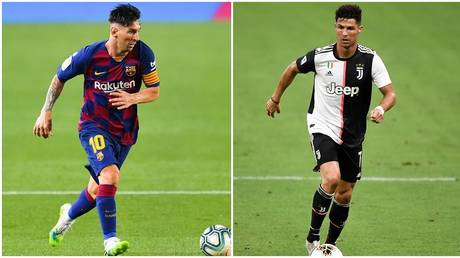