Juventus appear close to completing another high-profile capture from La Liga after the club announced that they are near to completing a €80 million deal to bring Brazilian international Arthur to Turin from Barcelona.

Juventus announced on Tuesday that they have agreed terms with Barcelona to sign the 23-year-old midfielder, despite the player stating last month that he wasn’t keen on a move away from Catalonia.

However, money very much talks when it comes to top level sport after Juve coach Sarri identified the 20-times capped international as being the ideal creative fulcrum for the style of play favored by the Italian coach – with Arthur seen as having a similar skillset to that of Jorginho, whom Sarri coached at both Napoli and Chelsea.

Personal terms have yet to be agreed but UK media reports that Arthur has been offered a financial package in excess of the deal he agreed to with Barcelona after he moved to Camp Nou from Brazilian side Gremio in 2018.

UK broadcaster Sky Sports has noted, however, that Arthur hasn’t yet signed off on the move to Serie A and remains keen to stay with the Spanish champions, who are thought to be keen to siphon off some costs amid the lack of income throughout the coronavirus hiatus from football.

In addition, the club is understood to be piecing together a lucrative package to keep Lionel Messi at the club for another two seasons at least.

Barcelona, meanwhile, have expressed an interest in Juventus’ Bosnian international Miralem Pjanic but remain put off by the Italian club’s asking price for the 30-year-old.

The potential sale of Arthur comes amid reports that several members of the Barca first team squad are available this summer, with the likes of Ousmane Dembele, Philippe Coutinho, Ivan Rakitic, Samuel Umtiti and Nelson Semedo all tipped to leave the club. 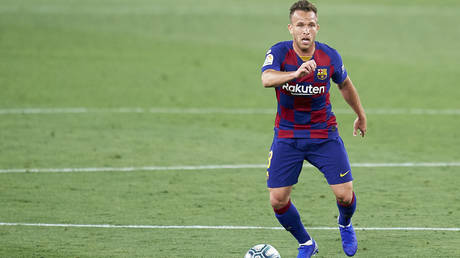