Two teammates of Khabib Nurmagomedov, including his cousin Umar, have cancelled their flights to Abu Dhabi in the wake of the passing of Abdulmanap Nurmagomedov, putting their UFC Fight Island debuts in serious doubt.

Undefeated prospect Umar Nurmagomedov and the 10-1 flyweight Tagir Ulanbekov took the decision to not take the flights to Abu Dhabi after news of passing of the Nurmagomedov patriarch emerged on Friday.

Umar is scheduled to face the dangerous Englishman Nathaniel Wood in a much-hyped battle of two of MMA’s most well-regarded young prospects on July 25, while Ulanbekov is lined up to fight Ukraine’s Aleksander Doskalchuk a week prior – a fighter who also boasts an impressive professional record of 10-1.

JUST IN: Khabib teammates Umar Numagomedov and Tagir Ulanbekov have both cancelled their departure to #UFCFightIsland following news of Abdulmanap Nurmagomedov’s death. Unclear if they will now make their UFC debuts pic.twitter.com/TLFWlMVIyW

However, neither fighter has yet been officially removed from the card and sources tell RT Sport that it is possible that both men may make the trip at a later date.

Much like his UFC champion cousin, Umar trained under both Abdulmanap in Dagestan and Javier Mendez, founder of the American Kickboxing Academy gym in San Jose, California and the loss of his uncle will no doubt be felt particularly keenly by the 24-year-old.

Ulanbekov, meanwhile, is a training partner of Khabib Nurmagomedov and was one of just a handful of stablemates  used by the UFC champion as part of his closed-session training camp for his ill-fated UFC 249 fight with Tony Ferguson prior to his withdrawal from the bout. Ulanbekov was also a student of Abdulmanap, to whom he was understood to have a very close relationship. 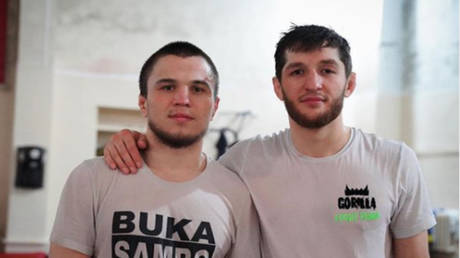