Footage has emerged of Khabib Nurmagomedov mourning the passing of his father and trainer Abdulmanap in the company of the head of the Chechen Republic, Ramzan Kadyrov.

The world of mixed martial arts has been in mourning since the death of Abdulmanap, 57, was announced on Friday after a protracted battle with COVID-19.

Several figures from within the sport’s community, including rivals Justin Gaethje, Tony Ferguson, and Conor McGregor, issued statements of support for the Russian UFC lightweight champion following the passing of the pioneer of Dagestani martial arts.

At a gathering late on Friday, Kadyrov met with Khabib to offer his own condolences. Text accompanying the video notes that Kadyrov emphasized the “universal respect” that Abdulmanap had both at home and abroad, as well as highlighting the indelible mark he placed on the sport of MMA.

Khabib is understood to have thanked Kadyrov for his part in arranging for Abdulmanap to be transferred to a medical facility in Moscow for the latter part of his treatment.

“The plan of the Most High cannot be changed, for all his will. Praise be to Allah,” Nurmagomedov was quoted as saying.

The UFC lightweight champion had been expected to defend his world title against Justin Gaethje in September, but following the passing of his father, the fight is far from certain to go ahead.

Nurmagomedov has yet to make a statement since news of his father’s death broke on Friday. 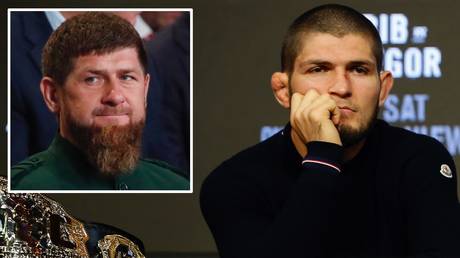