MMA great Taktarov achieved the most notable triumph of his 15-year fighting career in 1996, when he won the UFC 6 tournament in Wyoming by beating three opponents at the same event, including a final 17-minute scrap with larger foe Tank Abbott that hospitalized the Russian.

Although current lightweight king Khabib Nurmagomedov is officially recognized as the first Russian titleholder of the modern UFC, Taktarov is indisputably considered a champion and a worthy predecessor to the Dagestani, counting UFC creator Davie among his admirers.

“I respect what Khabib is doing now but he fights twice a year,” New York businessman Davie told Sport Express. “It is much easier.

“Imagine three fights in the evening and you don’t know who will be your opponent before the press conference a day before the start gong.

“It is unrealistic now. And then we didn’t really have any rules. It was very hard.”

Sambo and judo specialist Taktarov fought nine times in 1995 and four times in 1996 before gradually winding down his career, taking a break of more than three years between 1998 and 2001 and spending more than six years without a fight before the final two bouts of his career in 2007 and 2008.

He has spent time with Nurmagomedov and his late father, Abdulmanap, but has been critical of perceived attempts to understate his accomplishments, which Davie claimed to have highlighted to UFC president Dana White.

“Oleg was the first Russian UFC champion – this cannot be taken from him,” pointed out Davie.

“It will always be with him, and therefore he must be in the Hall of Fame. I told Dana White about this – he knows.

“He did not say anything, only smiled. He did not want to argue on this topic. But Oleg deserves recognition.

“There can be no discussion, in my opinion. The first Russian champion is Oleg Taktarov, the ‘Russian Bear’.”

Bantamweight Petr Yan became the newest Russian champion when he beat Jose Aldo at UFC 251 in Abu Dhabi on Saturday. 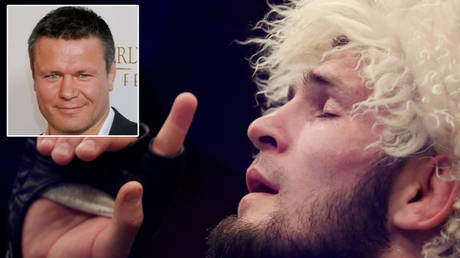