In a big-spending summer for Roman Abramovich at Chelsea, a successful conclusion to Marina Granovskaia’s pursuit of Kai Havertz could depend as much on their final five Premier League matches as it did on the Bundesliga finale.

Chelsea’s bargaining power has incrementally increased in their bid to sign one of the stars of the Bundesliga this season, helped by Havertz’s current club, Bayer Leverkusen, ultimately missing out on next season’s Champions League by two points thanks to a defeat at Hertha Berlin in mid-June.

Sources have said that the midfielder, who became the first player under the age of 21 to score 35 Bundesliga goals earlier this season, is keen to leave this summer, swayed by Chelsea’s interest and potential participation in the Champions League next season.

The fourth-placed Premier League finish they require to achieve that is far from assured. Just as Leverkusen slipped up in the final weeks of the season, Chelsea could quite conceivably follow suit during a run of five final matches that includes meetings with three teams who can catch them and champions Liverpool at Anfield.

They begin on Saturday at Sheffield United, whose only defeat at home this year came courtesy of a late Manchester City goal in January, and could be forgiven for focusing more on the potentially make-or-break trip to resurgent Manchester United eight days later.

Should they avoid defeat at United, Chelsea’s hopes of Champions League qualification – and the lure that would offer to Havertz, not to mention the resulting income boost of around $62 million – would be in their hands.

At 21, it is understandable why Leverkusen Director of Sport and former Germany star Rudi Voller has argued that Havertz should stay at Leverkusen for another season, adding that he “owes” his first senior club loyalty in a possible reference to the reported financial differences on either side during negotations.

Chelsea’s chief negotiator, director Granovskaia, values Havertz at around $25 million less than Leverkusen’s $112 million asking price. Leverkusen know that their most valuable asset will be worth considerably less should they wait until next summer, when he will enter the final year of his contract.

The opportunity to play with Germany teammates Timo Werner and Antonio Rudiger at Stamford Bridge is also thought to have influenced Havertz.

Chelsea took advantage of market uncertainty to beat Liverpool to striker Werner’s signature for $59 million, and they may never face less competition for Havertz than they do in the current unsettled financial climate for clubs.

One of Voller’s fellow former Germany strikers, Oliver Bierhoff, has joked that Havertz is “a player for Real Madrid”, although the national side’s current business manager seemed like he believed a move to Chelsea would be just as productive for the midfielder who took Werner’s record of becoming the youngest player to make 100 Bundesliga.

“I played close to my entire career outside Germany and I think it’s a success to leave,” the former Milan and Monaco forward told Marca.

“When you leave your comfort zone you usually progress. [Havertz] is very young but has everything – talent, technique, physique.” 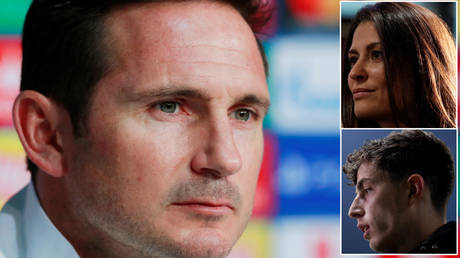 Reopening dates for gyms, pools an...