Close
Trending News
HomeSport‘Just the tip of the iceberg’: More than 160 cases of British coaches having sex with teen athletes revealed

‘Just the tip of the iceberg’: More than 160 cases of British coaches having sex with teen athletes revealed

‘Just the tip of the iceberg’: More than 160 cases of British coaches having sex with teen athletes revealed

After the Larry Nassar scandal rocked American sport, a similar row seems set to explode on the other side of the Atlantic with British coaches facing accusations of sexual assault.

According to the BBC, a number of British sports coaches engaged in sexual activity with 16 and 17-year-old athletes over the past four years, with more than 160 cases being uncovered.

The shocking revelation has triggered a wave of initiatives to change the Sexual Offences Act which prohibits certain professions, including teachers and doctors, to have sexual relations with teenagers even if they reach the age of consent.

However, the act doesn’t extend to sports coaches, something that is considered to be a loophole to justify sex crimes by many.

Sarah Champion, MP for Rotherham, said that 160 cases revealed are just the “tip of the iceberg” with the majority of sex crime victims keeping quiet about abuse by coaches.

“The vast, vast majority of these cases will never be reported,” she said. “It will take sometimes decades for the young people to realize exactly what was going on and speak out about it. So 160 people that we know about will be a tiny minority of the actual people that are abusing their position.”

This week British Gymnastic launched an independent investigation into allegations of serious physical and emotional abuse at the hands of coaches voiced by made by multiple elite athletes. 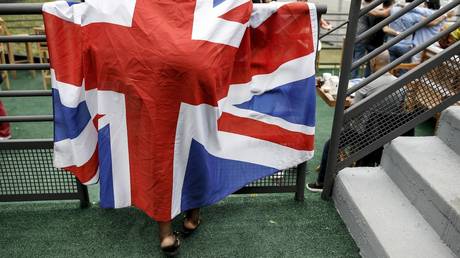 ‘His whole chest was BURNT’: Coach...