Japanese authorities have rushed to deny the accuracy of reports which claimed that Olympic athletes will jump the queue for the coronavirus vaccine, causing a social media storm.

The east Asian nation currently lags behind other developed countries in getting its population vaccinated, with only 1 million of its near-130 million citizens receiving their first dose thus far.

Known for its aging society, Japan’s aged 65 and older will only become eligible for the shot on the 12th of this month, before those with serious underlying conditions including diabetes get the green light.

If Japanese athletes are pushed to the front of the queue and given priority in late June, then, as first reported by the Kyodo news agency, they will likely start receiving their jabs before the elderly have finished.

In response to backlash, chief cabinet secretary Katsunobu Kato denied that his government had plans to prioritize Olympic and Paralympic athletes.

But Kyodo claimed to have spoken to officials too, who revealed that the possibility of guaranteeing Japan’s competitors had received both shots to recover by the 23 July opening ceremony of the Games was being explored.

The scoop caused a furor on Japanese social media, with one user writing online, as relayed by The Guardian: “This is really weird. Given that we have no idea if even all the elderly will have received their vaccines by mid-June, you’re going to have all the athletes have theirs?”

“Give it to my mother first,” demanded another. “Athletes are all young and healthy.”

Despite Prime Minister Yoshihide Suga vowing to host a “safe and secure” Olympics and Paralympics, surveys completed by the Japan Press Research Institute in January found that over 70% of the population want the games postponed or canceled.

North Korea have already pulled out citing Covid concerns. And while countries such as the US and others around Europe and the Middle East will vaccinate their athletes before traveling to Asia, Australia have encouraged getting the jab but won’t make it mandatory to participate. 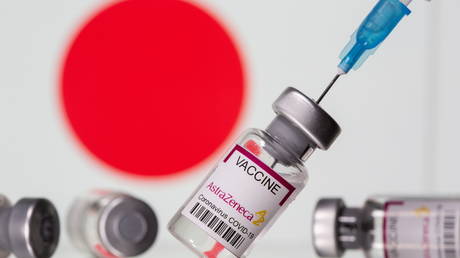