Borussia Dortmund star Jadon Sancho is reportedly optimistic that a big-money move to Manchester United can be arranged before the transfer window closes on Monday amid the ongoing stand-off between the two clubs.

According to reports from UK media, Sancho has petitioned his advisors to attempt to secure a move to Ole Gunnar Solskjaer’s side amid ongoing interest in the English winger that has become the summer’s most protracted transfer saga.

His club, though, have been keen to quash any speculation that they would be open to a deal this year and have so far rebuked United’s initial approaches for the player they signed from Manchester City for a cut-price £8 million ($10.3 million) three years ago.

Since then, Sancho has progressed to become one of the hottest young properties in European football and Solskjaer’s chief target as the Manchester United boss considers reinforcements to attempt to bridge the divide between his club and the Premier League’s two standout sides, Liverpool and Manchester City.

And, per The Sun, Dortmund are understood to be keen to secure a deal despite their public stance which states that their player is not for sale under any circumstances.

“He [Sancho] wants this deal done,” the UK newspaper quoted a source close to the situation as saying.

“He’s told his agent and various advisors to do all they can to make it happen. They are pushing for him.”

Solskjaer is keen to add further right-sided players to his squad, with young Welsh player Daniel James currently the only right-winger in his senior squad. Sancho would represent a considerable upgrade and would be a formidable addition to a forward line of Marcus Rashford, Anthony Martial and Mason Greenwood which should serious signs of potential last season.

Dortmund are understood to be willing to settle for a deal worth around £108 million ($139 million) but the Old Trafford club’s latest offer is thought to be around £15 million ($19.3 million) below their asking price.

“There’s a bit of a stand off going on… it’s a case of who blinks first,” The Sun’s source continued. “Will United up the offer or will Dortmund accept a lower bid?“

Manchester United have made enquiries for other similar players should the Sancho deal not progress satisfactorily, with Barcelona having been contacted about their French outcast Ousmane Dembele, but Sancho remains the priority target at Old Trafford. 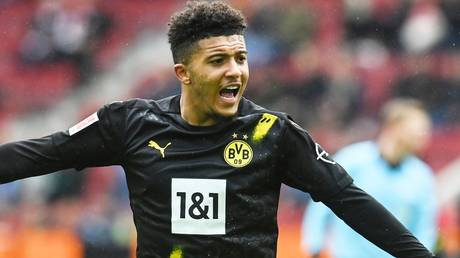 Israel’s move to limit protests in...