Norwegian cross-country skiing legend Petter Northug has been charged with multiple violations, including drunk driving and possession of cocaine, after being detained by police during a speed check.

Last week the renowned skier was caught speeding at 168km per hour while driving from Oslo to his home in Trondheim with police suspecting he was under the influence of drugs.

A medical check revealed the presence of cocaine in the athlete’s blood. Police officers searched Northug’s home soon after the incident and found drugs there.

His driving license was immediately confiscated and he was charged with speeding, driving under the influence of drugs and possession of drugs.

The two-time Olympic champion admitted his guilt saying that he is going to “take responsibility” for his actions.

“I have made a huge mistake”, Northug wrote.

“I am desperate and afraid of what the future will bring, and incredibly sorry for all those I have now disappointed, again.

“I know it’s going to be a criminal case now. Then I will take responsibility for what I have done”, he added.

In 2014 the champion skier was also embroiled in a huge scandal after being sentenced to 50 days in prison and ordered to pay a fine for crashing his car while driving drunk.

Instead of serving his sentence in jail, he was allowed to wear an electronic tag that confined him to specific areas. 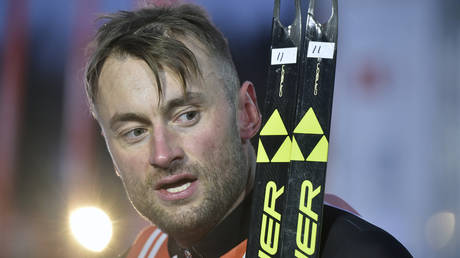